SAS are delighted to announce that one of our in-house personal trainers Valusska has just consecutively received her 2nd and 3rd Dan Black Belt in Combat Karate! This is a fantastic achievement and highlights just how skilled our PT’s are. This award no doubt took a great deal of commitment and discipline to achieve, and we congratulate Valusska wholeheartedly. It’s fantastic that someone who is often a teacher for others can set such a high standard and be the person they inspire others to be. 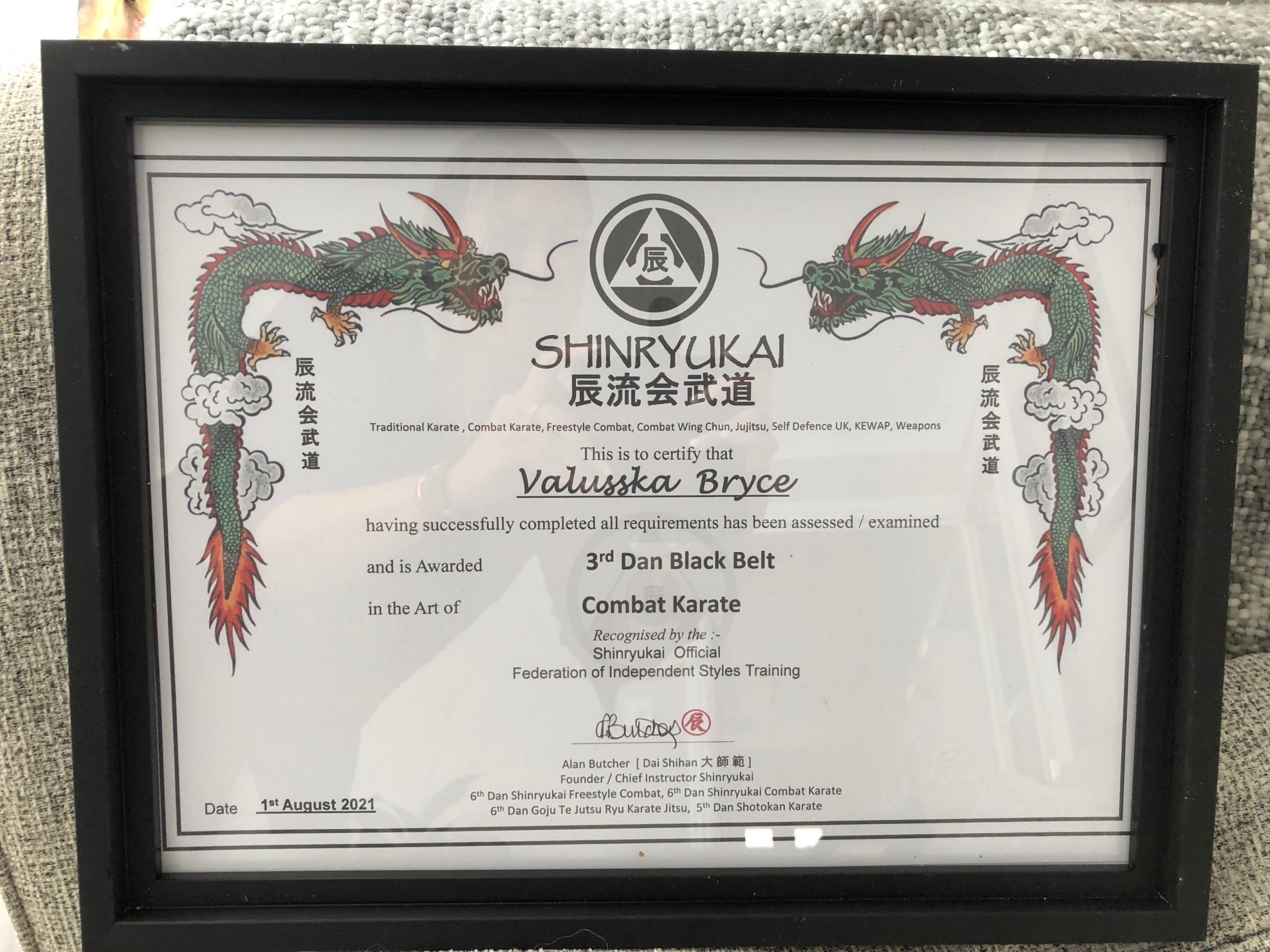 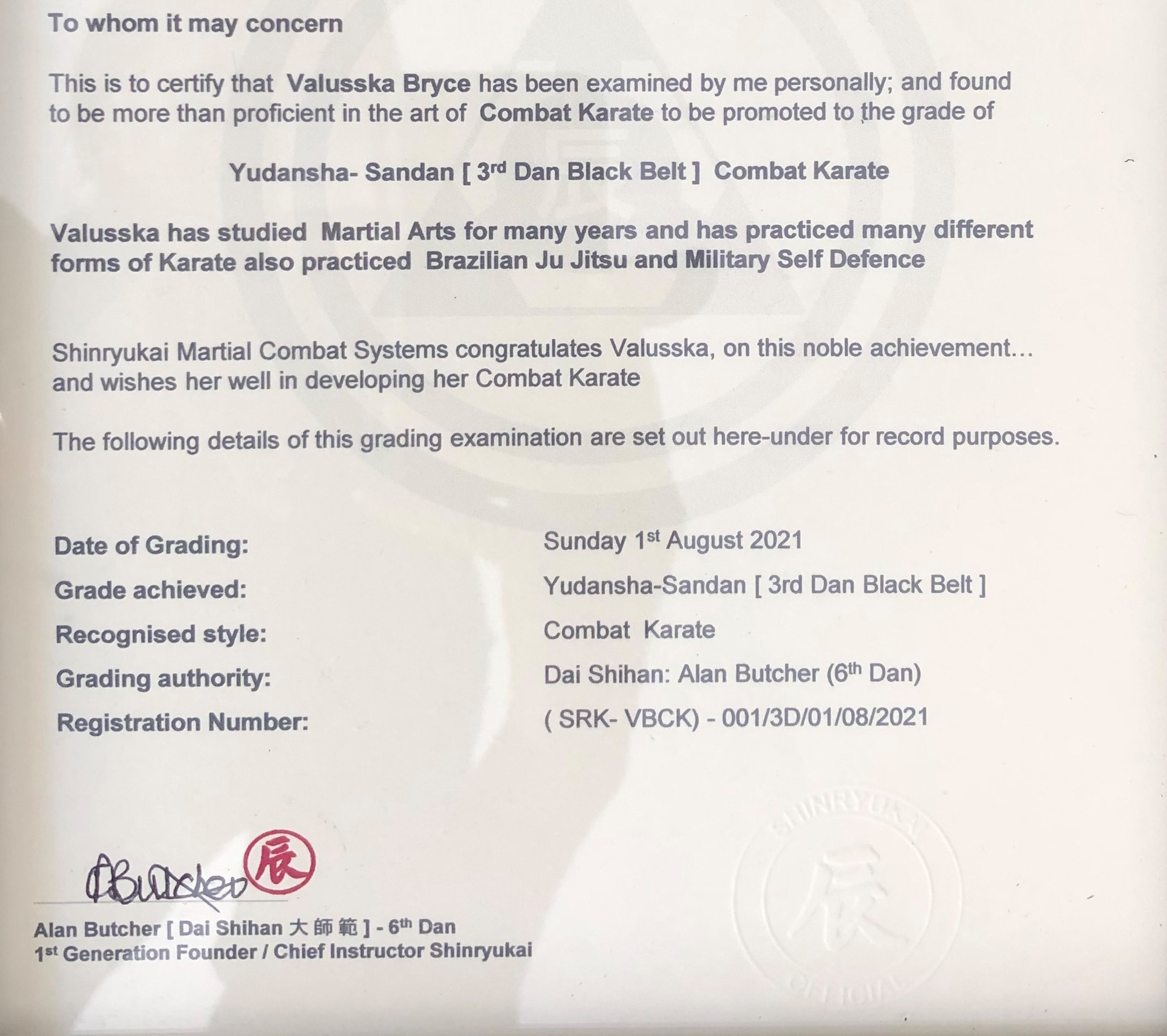 Acquiring the 3rd Dan Black Belt means that Valusska is now fully registered with the FIST organisation. This allows her to legally instruct at a national level in the UK and abroad for self defence, combat karate, combat wing chun and much more. Not only that, but she is able to grade others all the way up to black belt like someone had once done with her many years ago. By acquiring the award, Valusska is now a ‘Yudansha-Sandan’ (Sensei) which has made her a recognised member of the respected UK Self Defence Organisation.

Valusska is also kindly helping run the women’s refuge self-defence seminar in November, teaching women how to defend from attacks and how to escape an attack. Not only is this to help women stay safe and learn self-defence, but also to build their confidence up and fortify their mental strength. Valusska also noted that she will be grading her first set of black belts in January!

This is just a short snippet of Valusska’s achievements and we’re so proud to have her on board with us at SAS. Being able to perform and instruct a traditional form of martial arts is no easy feat; it would have taken a long time to get there and we know the skills she’s picked up along the way have helped mould her into an amazing Personal Trainer for us. She’s a great inspiration and role-model to all girls, and we hope she keeps up the fantastic work that she’s been doing.

Valusska can provide support to staff named on SAS policies with martial arts style training to keep active as part of the SAS Gym programme. For more information, please contact our personal trainers via asked@uk-sas.co.uk.

As we deal exclusively in the education sector we offer a range of insurance products and services that have been specifically designed for schools and academies.